The Blue Condominium at 105 Norfolk Street represents architect Bernard Tschumi’s first residential creation in Manhattan. Known for the eye-popping Concert Hall in Rouen, France, and the elegant Vacheron Constantine watch factory in Geneva, Switzerland, Tschumi overcame the many challenges of the downtown zoning laws to build this spectacular luxury condominium. The renowned architect intended to capture the broad diversity of the area. However, the ostentatious Blue Condo causes many Lower East Side residents to cringe at the “eyesore” that looms above them, even to the point that some locals posted mocking stickers on light posts around the neighborhood. Nevertheless, investors at Norfolk Hudson LLC (led by Richard Ortiz) and developers Angelo Cosentini and John Carson trust that their new art piece will attract home buyers looking for a combination of luxury and the downtown lifestyle. Exclusive agents at the Corcoran group, led by SVP Barrie Mandel, will enjoy showing clients the truly amazing New York views that make Blue live up to its “gemstone” billing.

Tschumi does an interesting job of capturing the Lower East Side’s vibrance and diversity, from the odd-shaped bedrooms and bathrooms (similar to neighborhood walk-ups) to the vibrant blue reflection from the floor-ceiling windows.

The advantage of a building that widens on the higher floors is the most expensive apartments maximize square footage and view. However, some bedrooms have the aforementioned odd shape, assuring tenants that, after their queens sized beds and oak dressers are situated just so, there will be a bit of wasted space. When visiting the more than 1,000 square foot common roof deck, one can’t help but feel that Blue is not just another building but a community that can get together and party just like the surrounding neighborhood, only six stories above everything.

Once inside, Blue’s style breaks from the other Lower East Side buildings. The views are obviously the best around because the building is so tall. Even the lower floors manage to afford an interesting perspective of the surrounding neighborhood. In particular, Tower 14’s enormous private terrace makes a buyer feel as though he or she has conquered New York. While the exterior is intended to be an azure gemstone, the kitchens are 24-carat gold. Viking refrigerators, professional stoves, large sinks, and granite countertops make even the most compulsive “let’s order in” people want to buy a new knife set. Satisfyingly large living rooms, bamboo floors, marble baths, and ample closet space complete each unit with luxurious style.

Blue Condo is a full-service building with a 24-hour doorman and concierge. Residents get storage facilities and have a common roof deck. While the building doesn’t boast ultra-high-end amenities, residents should feel pretty well taken care of.

The turn of the century brought gentrification to the Lower East Side, once the home of the immigrants of the 1800s and 1900s and the low-income housing projects of the post-World War II era. The many cheap apartment rentals, popular bars, and boutiques that have dominated the area for the last decade have attracted many other luxury homebuilders like Cosentini and Carson. The Switch Building, located at 109 Norfolk, and Blue surround sax player John Zorn’s Tonic, a bar known for its non-standard musical acts, with two architecturally unique, brand new condo developments. Combine Norfolk Street with the brand new Hotel on Rivington and three new buildings rising on Houston, Ludlow, and Orchard Streets, and one must admit that the Lower East Side has officially entered the upper crust. 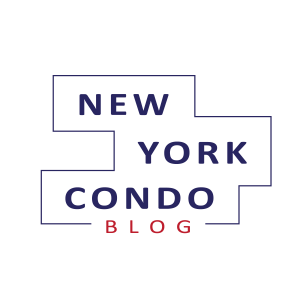